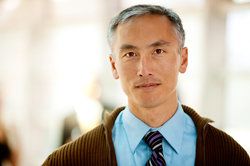 The Civil Rights Act of 1964 makes it illegal for employers to discriminate based on race with regard to any terms or conditions of employment. Race discrimination can be committed against employees, employee applicants, and even against employees married to or spending time with people of a certain race. Attorney Chris Olsen is a race discrimination attorney in San Diego who is committed to upholding justice for mistreated employees. If you have been the victim of workplace discriminatory practices, please make an appointment with Chris Olsen to explore your next legal steps.

The civil rights movement of the 1960s resulted in a number of federal laws and penalties that protect the rights of minorities. Racial workplace discrimination was effectively made illegal on the grounds that an employee or job applicant cannot be treated unfavorably based on that person’s race. These rules apply to hiring, firing, pay, promotions, job assignments, training, benefits, or any other condition of employment.

If you have experienced anything similar to these situations, or have experienced other incidents that may fall into the category of racial discrimination, attorney Chris Olsen can offer you his outstanding legal support. During your free consultation, he can review your case to determine if it warrants further legal action. Clients who have a claim can rest assured that they will be represented fairly and aggressively to recover the compensation they are due.

Discrimination exacts an enormous price on individuals, their families, and communities and society at large. For victims of unfair workplace discrimination, there are legal measures that you can pursue. Schedule a consultation with attorney Chris Olsen today to help fortify your rights.