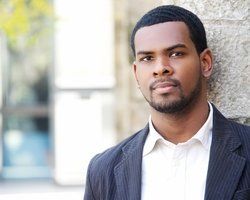 Title VII of the Civil Rights Act of 1964 prohibits workplace discrimination based on race, gender, religion, or national origin. Despite these accepted and legally mandated standards, some employers continue to discriminate. If your employer is treating you unfairly because of your race, age, gender, disability, or a similar issue, you have a right to take legal action. Chris Olsen is a discrimination attorney in San Diego who has extensive experience representing those affected by discrimination in the workplace. He will provide uncompromising legal representation to help you obtain the fair and equal treatment you deserve. Attorney Olsen has successfully represented individual workers, in addition to representing several workers at once in class action lawsuits. Contact us today to schedule a free consultation.

According to the Equal Employment Opportunity Commission, racial discrimination is the most common form of workplace discrimination. Minority workers continue to receive unequal pay, fewer promotions, and hostile treatment from employers. If you believe you are being treated unfairly because of your race, Chris Olsen can investigate the situation and provide you with the excellent representation you need.

Though men and women work the same jobs, all too often, employers treat male and female employees differently. For example, an employer may refuse to promote a woman to positions of authority. He may also pay her less for the same job, or he may refuse to hire her altogether. One of the most common forms of gender bias is pregnancy discrimination. While it is illegal to unfairly discriminate against a pregnant woman, an employer is also required to provide leave to a pregnant woman, just as he would for a disabled worker. Refusing pregnancy leave, denying promotion to an expectant mother, and terminating a pregnant woman’s position are all considered forms of gender discrimination.

It is important to note that women are not the only victims of gender discrimination. Men and women can both be victims of sexual harassment, and discrimination because of sexual orientation continues to be a problem in our society.

Many employers show unjust preference to workers under the age of 40, and they will often hire or promote younger workers over their older and perhaps more experienced coworkers. In addition, many employers will unfairly calculate retirement and benefits based on an employee’s age. Fortunately, there are two laws that protect the rights of older workers. The Federal Age Discrimination in Employment Act protects employees over the age of 40 in every stage of employment, from hiring to termination. The Older Worker’s Benefit Protection Act prohibits employers from calculating benefits based on a worker’s age. Chris Olsen is devoted to protecting workers of all ages from unfair treatment, and he is well versed in federal and state laws prohibiting such discrimination.

Under the Americans with Disabilities Act, it is illegal for employers to discriminate against workers based on their disabilities. Employers must treat capable workers with equal treatment, and they must give them equal consideration when it comes to hiring and promotions. In addition, employers are required to make “reasonable accommodations” to allow their employees to perform their jobs. These accommodations can include:

Harassment and mockery because of a physical or mental disability are also considered disability discrimination, and are subject to legal action.

No matter what type of workplace discrimination you are facing, you have the right to be treated with equality and respect, and you should have access to the same opportunities as your coworkers. Contact us today to schedule your free consultation.