CARDIOVASCULAR AND PSYCHIATRIC COMPLICATIONS LEADING TO THE CONCERTA® LAWSUIT

Concerta® is a prescription medication that is used to treat attention deficit hyperactivity disorder (ADHD). It contains the active ingredient methylphenidate, which is the generic name for the drug Ritalin®. Concerta® was one of the first extended-release formulations of the drug, remaining active in the body for 12 hours. This extended period of bioactivity allowed a single dose to replace three daily doses of immediate-release methylphenidate. 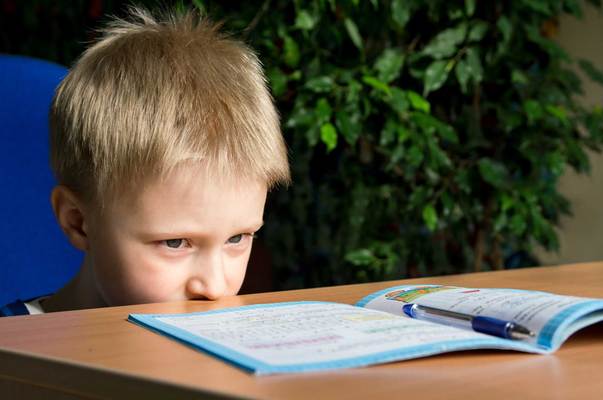 Concerta® has been linked to an increased incidence of severe complications among patients.

Unfortunately, Concerta® has also been associated with several potentially dangerous complications, including cardiovascular problems, sexual dysfunction, and psychiatric conditions. Many patients and their families have already come forward and filed claims in the Concerta® lawsuit. If you or a loved one suffered a complication after being prescribed Concerta®, please contact an experienced pharmaceutical attorney for a complimentary case evaluation.

ADHD is one of the most commonly diagnosed neurodevelopmental disorders among children. Over the past two decades, the number of prescriptions written for medication to treat the condition has increased as the diagnosis has become more prevalent.

There is no single test or evaluation that can determine if a patient suffers from ADHD. Diagnosis of the condition is largely subjective and can vary greatly from doctor to doctor. Many of the signs and symptoms of ADHD are common among other disorders, such as anxiety, depression, certain types of learning disabilities, and sensory deficits. Doctors commonly perform vision and hearing tests to rule out other conditions with similar symptoms.

ADHD is one of the most commonly diagnosed neurodevelopmental disorders among children. Over the past two decades, the number of prescriptions written for medication to treat the condition has increased as the diagnosis has become more prevalent.

After other conditions have been eliminated, health practitioners may evaluate the severity of symptoms to diagnose ADHD. Typical rating scales have questions about the frequency of common behaviors and characteristics exhibited by patients with the condition, including:

Although the specific causes of ADHD are unknown, studies have found that the condition is related to the levels of two neurotransmitters: norepinephrine and dopamine. Neurotransmitters are chemical messengers that the brain uses for communication. Norepinephrine and dopamine are involved in stimulating areas of the brain when we concentrate, and ADHD is thought to be caused in part by low levels of these chemicals.

There are plenty of non-pharmaceutical techniques for treating ADHD, including psychotherapy, behavioral therapy, and social skills training. For parents and family members of patients who suffer from the disorder, there are support groups and behavioral interventions that may be beneficial to understanding and managing the child’s behaviors.

Depending on the severity of the symptoms and how the child responds to behavioral therapies, your doctor may recommend an ADHD medication. Statistics from the Center for Disease Control and Prevention (CDC) show that approximately six percent of children in the United States are currently taking medication for ADHD.

Central nervous system stimulants are the most commonly prescribed medications to treat symptoms of ADHD. Methylphenidate was approved by the U.S. Food and Drug Administration (FDA) in the 1950s to treat ADHD, which was simply referred to as hyperactivity at the time. The drug is thought to work by increasing the available concentrations of norepinephrine and dopamine in the brain, which can increase the ability to concentrate on specific tasks.

CONCERTA® SIDE EFFECTS AND COMPLICATIONS

Pharmaceutical companies have an obligation to produce safe and effective products that are rigorously tested before being marketed. Any potential side effects from the medication need to be disclosed to prospective patients and their doctors so that they can make an informed decision about their care. Unfortunately, patients who have taken Concerta® have experienced many complications that they were not properly warned about.

On February 9, 2006, an FDA committee voted to recommend a black box warning for Concerta® concerning the increased risk of severe cardiovascular events. Several scientific studies have found an increase in the rates of hospitalization for cases of myocardial infarction, stroke, and sudden death in children and adults taking Concerta®.

The committee looked at data from the FDA’s Adverse Events Reporting System, which catalogs negative outcomes from medications that are reported by healthcare practitioners. Between 1999 and 2003, there were 54 reports of non-fatal cardiovascular events and 25 deaths, 19 of which were children, in patients who were taking Concerta®.

There has been an alarming number of psychiatric events associated with this medication. In general, stimulant use may cause psychotic or manic episodes in patients with no history of mental disturbances, or intensify the symptoms of any preexisting psychiatric illness. Patients have reported experiencing anxiety, depression, agitation, sleep disturbances, convulsions, hallucinations, and feelings of hostility.

Perhaps most troubling, Concerta® has been associated with an increased risk of violent or suicidal behavior in both children and adults. Initial investigations have shown that Concerta® and other medications containing methylphenidate tend to increase these behaviors. In 2012, a report by the Toronto Star noted that over 40 percent of all cases of suicidal ideation in Canadian youth listed ADHD medications as the suspected cause.

Concerta® has also been associated with cases of ischemic priapism. This condition occurs when blood does not return to the body from the penis, causing a long-lasting erection that can be extremely painful and result in permanent sexual dysfunction. As time goes on, the blood in the penis becomes deprived of oxygen, which can damage the penile tissue.

Between 1997 and 2012, the FDA received 15 reports of documented priapism in patients taking Concerta®, although this number is thought to only represent a small percentage of actual occurrences. Priapism is a rare side effect of Concerta®, but because the consequences can be devastating and permanent, it is important that patients are informed about the increased risk.

OTHER POTENTIAL SIDE EFFECTS

In addition to serious cardiovascular and psychiatric events, Concerta® has been associated with additional rare side effects:

Patients are commonly required to undergo periodic monitoring for hematologic conditions and changes in blood pressure.

Lawsuits involving Concerta® are still in their earliest stages. Defective drug cases are commonly consolidated into multidistrict litigation (MDL) to expedite pretrial events and eliminate any conflicting rulings on evidence. MDL is considered to be beneficial for many plaintiffs as jury awards and settlements are based on the damages suffered.

If you or a loved one has experienced a complication after being prescribed Concerta®, please contact a pharmaceutical attorney in your area to discuss your legal options.