Depakote® is an anticonvulsant medication that is prescribed for the treatment of epilepsy, seizures, and bipolar disorder, as well as the prevention of migraine headaches. Unfortunately, this drug has been linked to several complications, including suicide, liver toxicity, and pancreatitis. Perhaps even more alarming, women who have been prescribed Depakote® during pregnancy have seen an increased risk of a variety of birth defects, including craniofacial deformities, cardiovascular malformations, spina bifida, and other neural tube defects. 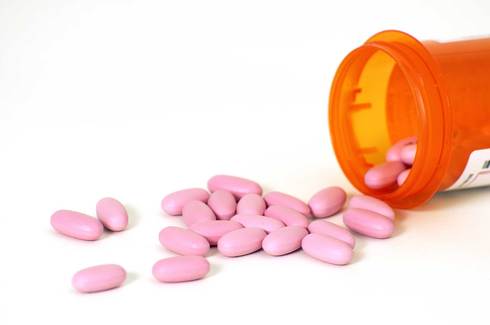 Depakote® patients have experienced severe side effects after taking the medication.

Our legal team is currently assisting victims and investigating claims in the Depakote® lawsuit. If you or a loved one have suffered an adverse complication after taking this dangerous medication, you may be entitled to significant compensation for your injuries. Please schedule a free case evaluation with an experienced pharmaceutical attorney to learn more about your legal rights.

Depakote® (divalproex sodium and valproic acid) was approved by the U.S. Food and Drug Administration (FDA) in 1983 to treat symptoms of epilepsy. The drug was subsequently approved for bipolar disorder in 1995, and in 1996 as a preventative treatment for migraine headaches.

Depakote® was developed and marketed by Abbott Laboratories, and is available in a variety of formulations, including:

The medication works by increasing the production of the neurotransmitter gamma aminobutyric acid (GABA) in the brain. Among other roles, GABA is largely responsible for soothing and reducing excitability in overstimulated neurons.

Epilepsy is a condition that is characterized by seizures, which are caused by brief changes in the electrical activity of the brain. Although there are several different types of seizures, symptoms commonly include a loss of consciousness, convulsions, jerking movements, and loss of muscle tone. Depakote® works for patients by calming overstimulated neurons that are continually firing during an epileptic seizure.

Depakote® is commonly referred to as a mood stabilizer because of its effects on GABA in the nervous system. It was one of the first medications thought to be an effective treatment for the manic episodes associated with bipolar disorder. Bipolar disorder is characterized by periods of highs and lows, or mania and depression. Symptoms of a manic episode may include elevated mood, increased energy levels, uncharacteristically reckless behavior, and intense hostility.

Migraines are severe, painful headaches that can cause nausea, vomiting, light sensitivity, and auditory problems. Although most cases of migraines are idiopathic (unknown cause), Depakote® treatment has been found effective and is typically best for patients who suffer from two to three episodes per week.

SIDE EFFECTS AND COMPLICATIONS OF DEPAKOTE®

In addition to these side effects, Depakote® has also been connected to a number of severe complications.

There have been many reports of life-threatening pancreatitis in patients who are taking Depakote®. Pancreatitis is an inflammation of the pancreas. The condition can be classified as acute, with a sudden onset, or chronic, occurring continually or repeatedly. Both types result in painful symptoms and can lead to more severe complications without treatment. In July 2000, the FDA revised the black box warning on packaging of Depakote® to include the risk of pancreatitis. The black box is the strongest warning that the FDA can require for a medication.

In 2006, the FDA began requiring the risk of hepatotoxicity (liver toxicity) to be included in the black box warning on the packaging of all Depakote® products. Liver failure can be a life-threatening condition for any patients, but young children and older adults are thought to be especially at risk. Most reports of liver damage occurred in patients who had been taking the drug for less than six months, but anyone taking Depakote® may be vulnerable to this dangerous complication.

Pregnant women who have taken Depakote® have given birth to babies suffering from abnormalities at a much higher rate when compared to patients who were not prescribed the medication. The FDA has rated the drug in category D for pregnant women treated for epilepsy and bipolar disorder, which means that the potential benefits of the drug may outweigh the risks. However, for the prevention of migraine headaches, the agency changed the designation to an X for pregnant women in 2013, which means that the risk of using the drug clearly outweighs any potential benefits.

The most common birth defect reported in pregnant women taking Depakote® is spina bifida. This condition belongs to a group of birth defects known as neural tube defects. The neural tube is present in the embryonic stage of development, and it is the structure that will later form the brain, spinal cord, and surrounding tissues. When spina bifida occurs, it prevents the spinal column from closing properly and leaves the spinal cord exposed. Babies who are born with this condition commonly suffer neurological impairments, muscle weakness, seizures, and orthopedic problems.

Other neural tube defects can occur when the tissues that surround the brain or spinal cord fail to develop properly. These types of defects typically affect 1 in 1,500 births, but have occurred in as many as 1 in 20 babies whose mothers were taking Depakote®.

In 2011, the FDA issued a safety announcement concerning cognitive deficits in children whose mothers took Depakote® while pregnant. Their conclusions were based on studies that looked at the results of cognitive testing that was performed when the children were between the ages of five and 16. These tests have shown that children whose mothers took the medication during pregnancy had lower scores on the Differential Ability Scale (DAS) and in IQ measurements.

There have also been reports of babies who were born with congenital malformations, including craniofacial deficits and structural defects of the heart. A study published in the New England Journal of Medicine found an increased incidence of atrial septal defects, cleft palates, hypospadias, polydactyly, and craniosynostosis.

Abbott Laboratories has already paid out over $1.6 billion for illegal marketing practices related to their promotion of Depakote®. From 2001 to 2006, the company had maintained a specialized sales force that targeted nursing homes as customers. They marketed the drug as an effective sedative treatment to control aggression and agitation in dementia patients. Additionally, the company marketed the drug as an antipsychotic for use in schizophrenia treatment. It is illegal for any pharmaceutical company to market or promote a drug for a purpose that is not approved by the FDA.

If your family has suffered unfortunate complications after taking Depakote®, you may be entitled to significant compensation. Once a state-specific timeframe has lapsed, the manufacturer will be released from liability for your injuries. For this reason, it is imperative that you file a claim before that deadline. Please contact our legal team to arrange a consultation with an experienced attorney and learn more.