Fluoroquinolones are a class of antibiotics that are used to treat certain bacterial infections. This class of medications includes some of the most frequently recommended drugs, with over 26 million prescriptions filled annually. Cipro®, Avelox®, and Levaquin® are among the most commonly prescribed medications in this class, and they are used to treat a variety of conditions such as respiratory infections and Crohn’s disease. However, an alarming number of patients have experienced serious complications on these medications, including nerve damage, weakening of the lining of the heart, and tendon ruptures, leading many to file claims in the Levaquin® lawsuit. If you have been prescribed one of these fluoroquinolone medications and experienced adverse side effects, contact a defective drugs attorney who can protect your legal rights and secure the appropriate compensation for your injuries. 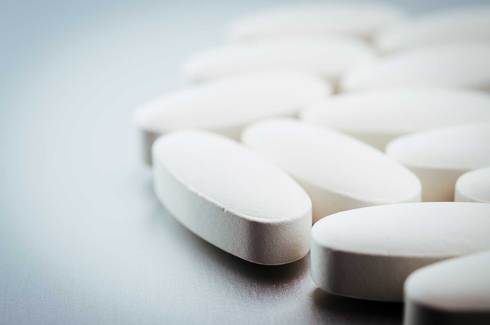 Fluoroquinolone antibiotics have been connected to many side effects and complications.

FLUOROQUINOLONES AND INDICATIONS FOR USE

Levaquin®, Avelox®, and Cipro® belong to a class of broad-spectrum antibiotics called fluoroquinolones. Among the most prescribed medications in the world, fluoroquinolones are used to effectively treat a variety of bacterial infections, including:

Additionally, fluoroquinolones can be especially useful for treating hospital-acquired infections and other infections that have become resistant to older antibiotic treatments. Many researchers have also noted that these medications have been overprescribed for minor health problems like ear and sinus infections since they were released to market.

Pharmaceutical companies have an obligation to produce safe and effective drugs that are thoroughly tested before being marketed to the public.

Fluoroquinolones consist of an antibiotic medication that has had a fluoride molecule added to it to increase the drug’s ability to penetrate different types of tissue. This mechanism is precisely what gives this class of medication the ability to treat different types of infection, but is also the reason that many patients have experienced harmful complications. Studies conducted on animals show that fluoride is directly toxic to collagen production and can promote a degradation of collagen structures.

CLAIMS FILED IN THE FLUOROQUINOLONES LAWSUIT

Many patients have already filed claims against the manufacturers after being prescribed Cipro®, Avelox®, or Levaquin® and experiencing complications. These lawsuits allege misconduct on the part of the manufacturer to intentionally conceal the dangers associated with their products or improper testing methods to determine their safety.

Pharmaceutical companies have an obligation to produce safe and effective drugs that are thoroughly tested before being marketed to the public. Lawsuits allege that the manufacturers of fluoroquinolone medications failed to meet this obligation due to inadequate testing or labeling.

Drug companies are also expected to fully disclose the possibility of any complications or side effects associated with their products. However, in the case of Cipro®, Avelox®, and Levaquin®, the manufacturers failed to warn both healthcare practitioners and patients about any possible dangers until the U.S. Food and Drug Administration (FDA) updated their safety recommendations and required new labeling.

Claims also allege that the manufacturers were fully aware of the inherent dangers of possible complications associated with their products, but failed to disclose that information to the general public.

These lawsuits claim that the drug companies intentionally misrepresented the safety of these medications in order to conceal the danger of peripheral neuropathy and aortic dissection associated with Avelox®, Levaquin®, and Cipro®.

COMPLICATIONS AND SIDE EFFECTS OF FLUOROQUINOLONE USE

The use of Cipro®, Avelox®, and Levaquin® has been found to produce various short-term side effects in some patients, including:

In addition to these somewhat common side effects, many patients have also experienced more troubling complications after being prescribed fluoroquinolones. Even patients who were only prescribed the medication once have developed permanent damage that may have been caused by Cipro®, Avelox®, or Levaquin®.

Peripheral neuropathy is not typically fatal, but the condition can cause a lifetime of suffering for affected patients and may require extensive treatments using opioid painkillers and antidepressants to combat all of their symptoms.

The aorta carries blood away from the heart and delivers it to the rest of the body. Researchers suspect that fluoroquinolones interact with collagen in the lining of the aorta and weaken the structure of the vessel. This weakening allows for dissection (tearing) and aneurysm (rupture) of the aorta. Damage to this vessel can cause several additional complications, including strokes, heart attacks, organ failure, and death. Numerous studies published in various medical journals have found that patients taking fluoroquinolones are at nearly double the risk for aortic dissection and almost three times as likely to rupture the vessel.

Fluoroquinolones can also interact and weaken collagen structures in muscles and tendons. As of July 8, 2008, the FDA has required a “black box” warning of tendon rupture to all fluoroquinolone medication labels. This is the strongest warning that the FDA can require for a medication.

Claims also allege that the manufacturers were fully aware of the inherent dangers of possible complications associated with their products, but failed to disclose that information to the general public.

Ruptures of the Achilles tendon are the most prevalent form of injury associated with fluoroquinolone use. Patients have also been diagnosed with rotator cuff injuries in the shoulder, as well as ruptures to tendons in the upper arm, hand, and thumb.

If you have been prescribed Levaquin®, Avelox®. or Cipro® and experienced any adverse complications, please contact an experienced defective products attorney who can evaluate your claim. Our attorneys have successfully taken on large pharmaceutical companies to protect our clients’ best interests and secure the damages they deserve. For current information on the case, please visit the current status of the fluoroquinolones lawsuit.