According to the Center for Disease Control and Prevention, over five million Americans suffer from hernias. A hernia occurs when an organ or tissue protrudes through an abnormal opening in the body, commonly the abdominal wall or in the groin area. This creates pressure in the area surrounding the protrusion, which can cause pain and discomfort, and may become life-threatening if left untreated. 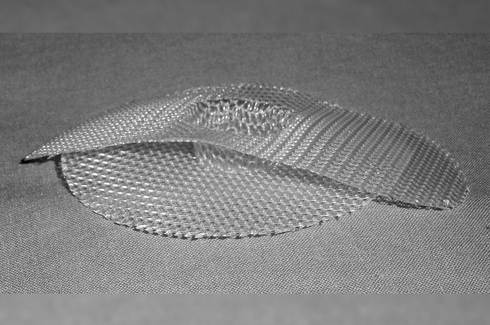 Many patients who have had a hernia repaired using mesh have experienced troubling complications following surgery.

Treatment typically involves surgery to reposition the protruding organ or tissue, and synthetic mesh is commonly used to strengthen the area where the hernia occurred. However, many patients have experienced troubling post-surgical complications that may have been caused by the defective design of the patch, leading many to file claims in the hernia mesh lawsuit. If you have experienced difficulties after having a hernia repaired using surgical mesh, please contact our legal team for a complimentary case evaluation. You may be entitled to significant compensation for your injuries.

There have been numerous complaints about different hernia mesh products made by different manufacturers. Two of the more common complications are infections and additional surgeries needed to repair or remove a failing mesh product.

Our immune systems respond to certain cells, bacteria, and foreign objects by recognizing that they are not part of our bodies. Implantable medical devices are commonly made from biocompatible materials that will not cause a foreign body response. However, with many hernia mesh products, we have seen a high rate of rejection related to the device.

If the hernia mesh was implanted and placed in such a way that it could come into contact with organs or surrounding tissue, it can cause the formation of a hole or perforation. This complication occurs frequently in the intestines of patients who have had hernia mesh surgery.

There have been numerous complaints about specific products causing bowel obstructions after being placed in patients. A study published in the British Journal of Surgery found that the coating on the Atrium C-Qur™ mesh product prevented adhesion to the bowel for the first seven days following the placement procedure, but that it began to degrade after that. The researchers concluded that the coatings on these products may have contributed to an increased number of adhesions, resulting in more cases of obstructed bowels.

Many patients experienced a high rate of intense pain after having hernia mesh implanted. Additionally, many patients suffered a rash covering their abdomen following the placement procedure. These conditions continued until the mesh product was surgically removed.

There have also been reports of less common complications in hernia mesh patients, including:

The Atrium C-Qur™ mesh gained approval in March 2006 through the 510K fast-track approval program. This program exists to allow products, considered similar to previously approved products, to gain approval without the rigorous testing that is typically required. This device, manufactured by Atrium Medical, is a polypropylene mesh that is coated with a gel made from triglycerides and omega-3 fatty acids.

The C-Qur™ line has many products, including:

In October 2012, the U.S. Food and Drug Administration (FDA) sent a warning letter to Atrium Medical concerning their C-Qur™ mesh and other products. The letter indicated that the company had not been addressing serious complaints about infections that were caused by their products, and that they appeared to be ignoring sterility complaints, including at least 35 separate incidences of human hair being found in the devices. In August 2009, the FDA announced a class 2 recall of the C-Qur™ Edge mesh product because the gel coating could adhere to the inner packaging in high humidity.

Ethicon developed a product called Physiomesh® in 2010. Ethicon was also able to gain premarket approval through the FDA’s 510K fast-track program. The Physiomesh® line included a number of different products that were marketed as safe and effective for use in hernia repair and other fascial deficiencies. However, it now appears that the products suffered from a design or manufacturing defect that caused them to pose an unreasonable risk of danger for patients.

In May 2016, after analyzing data that was collected around the world, a recall was issued in several countries, and the action was classified as a complete market withdrawal in the United States. According to the data that was studied, rates of hernia recurrence or secondary operations were noticeably higher with Ethicon Physiomesh® than with other mesh products.

Products implicated in this recall included:

CLAIMS IN THE HERNIA MESH LAWSUIT

There have already been a small number of claims filed in state and federal court concerning defective hernia mesh products. Legal analysts expect hundreds, if not thousands, of new claims to be brought over the next few months.

Individual hernia mesh lawsuits are expected to be consolidated under multidistrict litigation. This process is similar to class actions in that it combines similar case types before one judge, but differs in that it allows each plaintiff to retain their own legal counsel and make their own decisions regarding settlement amounts.

If you or a loved one has experienced complications after having a hernia surgically repaired with a defective mesh device, please contact an experienced attorney for a complimentary case evaluation. You may be entitled to significant compensation for your injuries.