A hip injury can be devastating at any age. Medical device manufacturers have developed many wonderful products to restore range of motion and accommodate active lifestyles for patients who require a hip replacement. However, many patients have experienced an increased failure rate and suffered from metallosis, or metal poisoning, after having metal-on-metal products implanted. These types of complications have led many patients to file claims against the manufacturers and marketers of these products in the hip replacement lawsuit. If you have had a hip replaced and experienced any complications, speak with an experienced defective products attorney for a complimentary case evaluation. 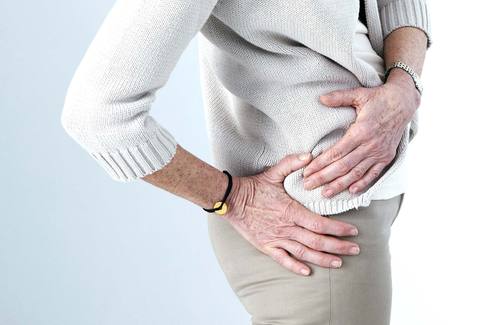 Many hip replacement products have been linked to severe complications in patients, such as metal poisoning.

WHICH PRODUCTS ARE IMPLICATED IN THE HIP REPLACEMENT LAWSUIT?

There have been many claims filed against multiple manufacturers concerning different artificial hip products. Several of the largest manufacturers have been forced to recall some of their hip replacement products because of early failure rates and increased metallosis complications.

One of the more publicized companies involved with the hip replacement lawsuit, DePuy, a subsidiary of Johnson & Johnson, has three products that have resulted in an increased incidence of complications. The PINNACLE® Hip Replacement System, the ASR™ XL Acetabular System, and the ASR™ Hip Resurfacing System all have metal-on-metal components and have been linked to increased failure rates. DePuy is currently facing more than 12,000 lawsuits related to their ASR™ hip implants.

Stryker® has recalled two of their hip replacement products: the Rejuvenate and the ABG II modular neck stems. The company initiated the recall just after they issued warnings to healthcare practitioners about an increased risk of metallosis, tissue death, and other complications that could require revision surgeries.

Zimmer is facing lawsuits over their Durom Acetabular Component product, which is a hip socket that is made of metal. This product is secured in place with a plasma coating rather than cement to help promote bone growth. However, many patients have had problems with the implant not attaching to the bone properly, resulting in excruciating pain when it loosens. Zimmer initiated a recall of the product in 2008 to modify the instructions to surgeons.

Biomet® Inc. was acquired by Zimmer Holdings in 2015. The company manufactures a metal-on-metal component called the M2a, which can be used with many different products, including the M2a-Magnum™, M2a-38™, M2a-Taper™, M2a-28mm™, Stanmore™, and Exceed ABT™. This design can result in higher failure rates and an increased risk of metal poisoning.

Smith & Nephew initiated a recall on the metal liner component of their modular R3 Acetabular Hip Replacement System in June 2012. Patients who had this component placed may be at an increased risk of requiring a revision surgery.

Wright™ manufactures two products that are similar to DePuy’s ASR™ hip implant systems. The CONSERVE® Plus Total Resurfacing Hip System and the PROFEMUR® Z Hip Stem both contain metal and may be tied to higher failure rates and an increased risk of metallosis.

Although premarket testing is not required by the U.S. Food and Drug Administration (FDA) for hip implants, the manufacturers of such devices are compelled to design and market safe and effective products. These companies are also obligated to disclose information to patients and healthcare practitioners of any possible risks or complications associated with the proper use of their devices. Failure to do so can result in patients receiving defective hip replacement components that require ongoing medical care, additional surgeries, or unnecessary pain and suffering.

Several of the largest manufacturers have been forced to recall some of their hip replacement products because of early failure rates and increased metallosis complications.

Many patients have already filed claims against these manufacturers after experiencing complications from their hip replacement systems. These claims allege that the manufacturers had prior knowledge of the increased risk of metallosis and implant failure rates but did not properly inform consumers.

There have already been several hip implant products recalled by the manufacturer stemming from safety or design concerns:

A February 2012 article in the British Medical Journal concludes that after a series of implant failures involving metal-on-metal hip implants, the system for device regulation needs to be updated. The author applauds the FDA’s decision to place all hip implants into a high risk category.

In January 2013, the FDA updated their safety recommendations concerning metal-on-metal hip implants. The new updated warnings included information about metal particles being grated off of the implant and causing problems with surrounding tissue. The FDA highlighted symptoms that patients should be mindful to watch for, and discussed the increased risk of device failure.

After receiving metal-on-metal components in hip replacement systems, many patients have experienced a variety of adverse complications, leading them to file claims against the manufacturers.

Metal poisoning occurs when components of a joint replacement (or other implant) abrade against each other. This causes small particles to break apart from the implant and invade the surrounding tissues and bloodstream. Symptoms of metallosis can include pain around the implant site, pseudotumors (a benign, inflamed mass of cells), and a noticeable rash that may indicate tissue necrosis.

Metallosis can also cause dislocation or loosening of the implant itself. Inflamed tissue can displace the implant, and damaged tissue that would normally hold the implant in place can weaken the connection to the device.

Osteolysis is an active resorption of bone material by the body. This condition may be caused by an artificial joint that changes the structural load of a bone or causes an immunological response. The generally accepted explanation is that metal particles from the artificial hip implant stimulate the immune system, which triggers an autoimmune reaction that causes resorption of healthy bone tissue. This condition typically requires an additional revision surgery to correct.

Many patients have also experienced some form of implant failure, or migration, displacement, or loosening of the implant after it has been placed. Some patients will even endure a periprosthetic fracture, where the bone around the implant breaks after being weakened by stress from the device. Any of these events require an additional revision surgery to address and correct.

If you have undergone hip replacement surgery and experienced any adverse complications, please contact an experienced defective medical products attorney for a complimentary case evaluation. If you are experiencing any pain or swelling, or hearing clicking sounds, it is imperative that you see your doctor immediately for a proper diagnosis.