Earlier this year, Hydroxycut dietary supplements, marketed as weight loss aids, were recalled by the manufacturer, Iovate Health Sciences USA, Inc., in cooperation with the Food and Drug Administration (FDA). The recall was prompted by reports to the FDA of possible liver damage and a possible death due to liver failure among users of Hydroxycut. 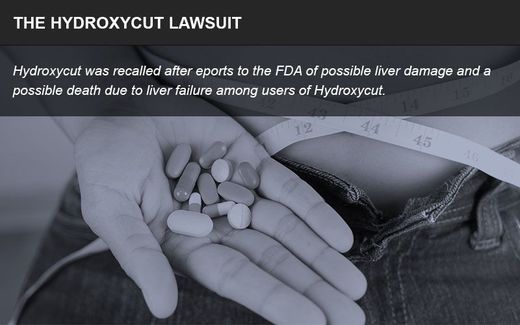 The Hydroxycut brand was previously owned by Muscletech Research and Development, which is still in business marketing supplements for body builders. The Muscletech Hydroxycut formulation was withdrawn from the market when the FDA banned the stimulant ephedra, one of its principal ingredients.

FDA ISSUES WARNING AGAINST HYDROXYCUT USE

The FDA simultaneously issued a warning against using Hydroxycut and published a statement by Iovate that it was recalling the products. The agency said those reporting health issues had used the products according to label instructions. The company stressed that its products had been used by millions of consumers with no reported negative consequences.

Products bearing the Hydroxycut name were previously marketed by Muscletech Research and Development, which is heavily involved in selling supplements used by body builders. The Muscletech version of the product was discontinued after the FDA banned the use of the stimulant ephedra, one of its main ingredients.

Most dietary supplements claiming weigh-loss benefits are formulated to increase metabolism and decrease appetite. Muscletech's original Hydroxycut formula used a combination of ephedra and caffeine to achieve those ends. Iovate's subsequent formula boasted several natural ingredients, including some that were new sources of caffeine. Since the most recent recall, Iovate has again reformulated Hydroxycut; caffeine is again the signature active ingredient.

In addition to liver problems, consumer concern has been raised about other serious symptoms, including seizures, cardiovascular complications and muscle damage that can lead to kidney failure. Symptoms slightly less serious, but still of concern, include nausea, vomiting, excessive fatigue, weakness, stomach or abdominal pain, itching, loss of appetite, loss of sleep, and acne outbreaks.

According to the FDA, those reporting problems said they were using Hydroxycut products according to label instructions. Hydroxycut Subject of Previous Action

Hydroxycut products have been the subject of FDA actions in the past. The original formulation contained the stimulant ephedra, banned by the FDA in April 2004. The effects of ephedra were to increase metabolism and decrease appetite, a common goal of many weight-loss products.

Subsequent Hydroxycut formulations boasted a number of natural ingredients, but they all had one thing in common: lots of naturally-occurring caffeine. Again, the goal was to increase metabolism and decrease appetite. Side effects of all this caffeine can include elevated blood pressure, lack of concentration, and loss of sleep.

With or without diet and exercise, many consumers are counting on the stimulant factor to achieve weight loss. Before it was banned by the FDA in 2004, ephedra was a prominent ingredient in many supplements, often in combination with caffeine. Since the ban, the industry has relied almost exclusively on high caffeine content.

The Hydroxycut ephedra-free formula boasted several new natural ingredients, most with strong caffeine content. It's not surprising that, in addition to liver symptoms, many consumers are complaining of problems commonly associated with high caffeine consumption, such as elevated heart rate and blood pressure and loss of sleep.

Many consumers have filed lawsuits against Iovate, to recover medical costs and other expenses relating to health problems linked to Hydroxycut. In October, 16 of the cases were consolidated at the pretrial stage, in hopes of streamlining and speeding up the litigation process.

Defective product liability lawsuits have been filed in several states by Hydroxycut users who suspect the products of causing health issues. Among the first was a class action suit in Tennessee. Other litigants are choosing to pursue individual suits, not wanting to forfeit the possible advantage of arguing facts unique to their cases.

Individual and class action lawsuits have been filed in several jurisdictions. To provide consistency in developing precedents and to avoid duplication of pretrial efforts, 16 cases were consolidated in the U.S. District Court for the Southern District of California, under a ruling by the U.S. Judicial Panel on Multidistrict Litigation.

With one of the most popular dietary supplements sold as a weight-loss aid, Iovate faces a huge potential liability. The company will be defending itself with the best attorneys it can hire. In cases like these, big companies usually supplement their corporate legal staff with outside high-profile attorneys.

If you are a former Hydroxycut user with related health issues, you need to contact an experienced defective products liability attorney for the full story. You may be eligible for financial compensation to help you with medical bills, loss of income, and other problems you may be facing for some time to come.