UNLAWFUL MARKETING AND THE LYRICA® LAWSUIT

The prescription drug Lyrica® has been widely used to treat a variety of conditions since it was approved by the U.S. Food and Drug Administration (FDA) in 2004. Originally intended to treat the painful symptoms of diabetic peripheral neuropathy and postherpetic neuralgia, this medication has also been commonly recommended to patients with epilepsy, fibromyalgia, nerve pain associated with spinal cord injuries, and generalized anxiety disorder. 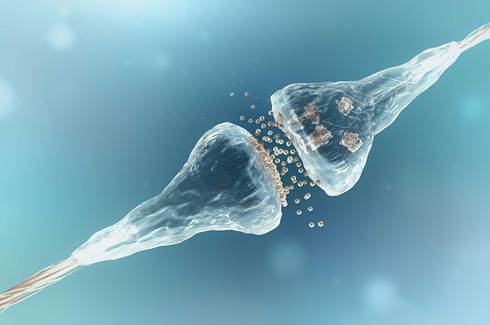 Lyrica® is commonly prescribed to treat a number of conditions, but many patients have experienced troubling complications.

Unfortunately, Lyrica® has been associated with an increased incidence of birth defects when taken during pregnancy, and many patients have experienced other severe complications as well. Recently, families that have suffered adverse side effects from the drug have come forward to file claims in the Lyrica® lawsuit. If your family was harmed by this dangerous drug, please contact a pharmaceutical attorney in your area to schedule a complimentary case evaluation and explore your legal rights.

Lyrica® is the brand name for the anticonvulsant medication pregabalin. This drug is produced and marketed by Pfizer, one of the world’s largest pharmaceutical corporations. Approved in late 2004 and introduced to the U.S. market in 2005, Lyrica® has been aggressively marketed for the off-label purposes of treating restless leg syndrome, migraines, social anxiety disorder, and alcohol withdrawal. Doctors commonly prescribe medications for unintended uses as long as they feel that the drug will be an effective treatment and will not harm the patient. However, it is illegal for a pharmaceutical company to market a drug for purposes that are not approved by the FDA.

Some patients have experienced this dangerous complication while taking Lyrica®. Angioedema is a swelling of the blood vessels that is caused by the histamine response to an allergic reaction.

Lyrica® is thought to work by inhibiting the transmission of chemicals in the brain that cause seizures and send pain impulses throughout the central nervous system (CNS). By suppressing these neurotransmitters, Lyrica® is intended to improve the symptoms of several CNS conditions.

LYRICA® COMPLICATIONS AND SIDE EFFECTS

Soon after Lyrica® was introduced to the U.S. market, the FDA began receiving reports of adverse events among patients.

In a study that was published on May 18, 2016, in the journal Neurology, researchers found that women who had taken Lyrica® just before becoming pregnant or in their first trimester of pregnancy were three times more likely than a control group to have a baby who suffered from major birth defects. Specifically, the researchers found an increase in structural malformations in the heart, central nervous system, and other organs.

There have been reports of patients experiencing suicidal thoughts and behaviors while taking Lyrica®. This potentially threatening side effect may be exacerbated in patients who already suffer from depression or another mood disorder.

Some patients have experienced this dangerous complication while taking Lyrica®. Angioedema is a swelling of the blood vessels that is caused by the histamine response to an allergic reaction. Without immediate medical intervention, this complication could ultimately prove fatal.

Pfizer has been accused of using illegal marketing tactics in their promotion of Lyrica® and other medications. In December 2012, the company agreed to pay $43 million to settle lawsuits brought forth by the attorneys general of 33 states and the District of Columbia. The FDA had previously warned Pfizer about these marketing tactics in 2005 after the company had made claims that their products were superior to the generic equivalents.

As part of the settlement, Pfizer has also agreed to:

Lyrica® was also part of a $2.3 billion fine Pfizer faced in 2009 concerning the off-label promotion of several of the medications that the company manufactures.

Multidistrict litigation (MDL) is similar to a class action lawsuit in that many similar cases are consolidated before one judge to reduce conflicting rulings concerning evidence and other pretrial proceedings. MDL differs from a class action by allowing each individual claimant to retain their own legal counsel and make their own decisions about accepting settlements or pursuing a jury trial.

Our legal network has helped thousands of families recover compensation after suffering damages from corporate negligence.

Both types of litigation are commonly employed in product liability cases when there are multiple plaintiffs with similar injuries against a common defendant. In class action lawsuits, the larger group is represented by a smaller group, and decisions in the case are legally binding for the entire class.

If your family has suffered from complications related to the prescription medication Lyrica®, please contact a pharmaceutical attorney in your area to discuss your legal rights. Our legal network has helped thousands of families recover compensation after suffering damages from corporate negligence.