Mirena® is a small, T-shaped intrauterine device (IUD) that delivers a continuous dose of hormones that are intended to prevent pregnancy. The device releases levonorgestrel, which is commonly used in oral birth control medications, directly into the uterus. In 2009, the U.S. Food and Drug Administration (FDA) approved Mirena® for birth control, and in 2009, expanded its approval to include treatment for heavy menstrual bleeding. 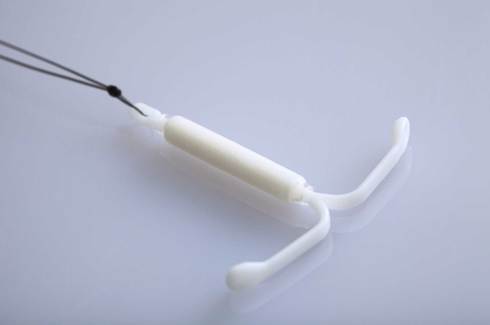 The Mirena IUD has been linked to many adverse complications, including pseudotumor cerebri and organ perforation.

IUDs are one of the most popular forms of reversible birth control in the world, with an estimated 150 million patients. Bayer Pharmaceuticals, the maker of Mirena®, claims that the device is more than 99 percent effective in preventing pregnancy for up to five years after it has been placed, after which time it will need to be removed. Unfortunately for many patients, Mirena® has been associated with an increased incidence of ectopic pregnancy, perforation of the uterine wall, pelvic inflammatory disease (PID), and many other potentially life-threatening complications. Bayer has been accused of misleading marketing practices, manufacturing a defective product, and concealing dangerous side effects, leading many patients to file claims in the Mirena® lawsuit. If your family has been affected by this dangerous medical device, please contact an experienced attorney in your area to discuss your legal options. You may be entitled to significant compensation for your injuries.

The Mirena® device is implanted in the uterus where it releases levonorgestrel continuously, in a much lower dosage than oral contraceptives typically use. This hormone’s primary mechanism of action is to prevent sperm from fertilizing eggs by causing changes within the uterus. Levonorgestrel causes the cervical mucus to thicken, which may prevent sperm from entering the uterus and fallopian tubes. The hormone can also cause the endometrial lining to thin and impair the ability of the egg to implant along the uterine wall.

One of the most common complications associated with Mirena® is the device’s tendency to become dislodged and migrate throughout the body.

While the device has proven to be effective in preventing pregnancy, many patients have experienced dangerous complications, similar to those seen by Essure® patients.

One of the most common complications associated with Mirena® is the device’s tendency to become dislodged and migrate throughout the body. Some patients have been forced to undergo multiple surgeries to locate and remove the device. Additionally, migration can cause a number of other complications, including organ perforation and peritonitis.

When Mirena® becomes dislodged from the implant site, it may penetrate through the uterine wall and travel into the intestinal cavity. There have already been several claims filed that involve damage to the internal organs from Mirena®.

While Mirena® effectively prevents fertilization from occurring in the overwhelming majority of patients, over half of the women who do become pregnant after having the device placed experience an ectopic pregnancy. This condition occurs when the egg is fertilized outside of the uterus, typically in the fallopian tube. Ectopic pregnancy can be life-threatening for the mother and may require surgery to remove the fertilized egg.

Pelvic inflammatory disease is caused by a bacterial infection that affects the female reproductive system. Bacteria may enter the reproductive tract when the normal barrier created by the cervix is disturbed during the implantation procedure.

Unfortunately, the hormone levonorgestrel has been linked to severe brain injuries. Idiopathic intracranial hypertension (IIH), which is sometimes called benign intracranial hypertension (BIH) or pseudotumor cerebri (PTC), is a neurological disorder that is characterized by increased pressure around the brain. This condition commonly causes severe headaches, migraines, nausea, vomiting, tinnitus, and vision problems. Increased cranial pressure typically leads to papilledema (swelling of the optic disc), which can cause vision loss without treatment.

There have already been thousands of lawsuits filed against Bayer concerning the safety of the Mirena® IUD. Our defective medical device attorneys are currently investigating similar claims on behalf of injured patients across the country.

A 24-year-old woman filed a claim against Bayer after suffering injuries from a Mirena® IUD. She underwent surgery to have the device removed, but her medical team discovered that the IUD had migrated away from her uterus and into her abdomen. She was forced to undergo an additional surgery to retrieve the device, suffered from painful side effects, and incurred exorbitant medical expenses. Her claim alleges that Bayer failed to warn that the device could spontaneously migrate after being placed, and that the company makes false claims about the safety of Mirena® in their marketing of the product.

Another lawsuit, filed by a woman who suffered a perforation of her uterus, accuses Bayer of knowingly marketing a defective product. Desaree Nicole Lee Johnson had a Mirena® IUD placed and shortly after was forced to undergo surgery to retrieve the device, which had migrated to her abdomen. Following this surgery, she became pregnant but subsequently miscarried and required emergency treatment for vaginal bleeding. Mrs. Johnson may now be infertile because of the injuries she sustained from Mirena®.

Miriam Cruz had a Mirena® IUD implanted in 2008. Several years later, she began suffering severe pain in her abdomen. Bayer maintained that the only way the device could migrate would be if the doctor had made a mistake during the placement procedure. However, because Mrs. Cruz did not experience any pain until many years had passed, it is evident that the doctor performed the procedure correctly and the device migrated on its own. Mrs. Cruz’ lawsuit claims that Bayer did not provide adequate warnings of these risks.

Another lawsuit, filed by Melody and Ronail Williams, alleges that Bayer is guilty of fraudulent misrepresentation, negligence, and failure to warn consumers of the dangerous complications associated with Mirena®. Mrs. Williams began suffering pain and cramping in her abdomen less than a year after having the device placed in her uterus. Her doctors attempted to remove the device, but discovered that it had migrated through Mrs. Williams’ right fallopian tube. She was forced to endure pain, suffering, and multiple surgeries because of this defective medical device. Her claim accuses Bayer of “wanton and reckless disregard for the public safety.”

In March 2009, the FDA sent Bayer a warning letter concerning the company’s online marketing techniques. Specifically, the FDA was concerned with the sponsored links on internet search engines that made fraudulent representations about the safety and efficacy of the Mirena® IUD, but did not communicate any information pertaining to the possible risks associated with the device. Legally, advertising for medications and medical devices must include frequently occurring risks and side effects. Without this information, the advertisements may suggest that the device is safer than it really is.

In December 2009, the FDA sent another warning letter to Bayer, this time concerning a marketing program that the company had used to promote Mirena®. This program featured parties that were hosted by experts who made claims that the device could help women “look and feel great,” and improve their sexual relationships. The FDA felt that these claims were not accurate, and even pointed out that many patients experienced the opposite response.

If you or your family have been affected by the Mirena® IUD, you may be entitled to significant compensation. Please contact an experienced defective medical device attorney in your area for a complimentary case evaluation.