OxyContin®, or oxycodone hydrochloride, is a powerful prescription painkiller that is used to reduce the pain associated with arthritis, cancer, back pain, and other injuries while producing feelings of euphoria. 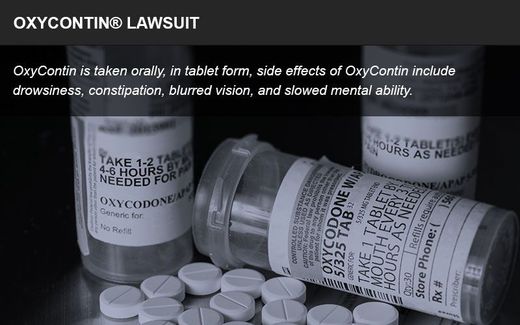 The power painkiller OxyContin is being abused by more and more people across the nation. The heroin-like effects of the drug attract both legitimate and illegitimate users.

HOW IS OXYCONTIN ABUSED?

In addition to obtaining OxyContin with a prescription, there are a variety of ways to illegally acquire the drug:

There have been over 100 deaths linked to OxyContin abuse. In many of the cases, death was the result of taking a mixture of drugs - alcohol or other drugs in addition to OxyContin resulted in the overdose.

OxyContin abuse is spreading for a variety of reasons. First, the elevated opiate dosage makes it highly addictive. Second, in contrast to drugs such as cocaine or heroin that can be laced with other substances, with OxyContin you know how much of the drug you are getting; the dosage is consistent, so it is a dependable high. Finally, OxyContin is covered by most health insurance plans, so it is significantly cheaper than street drugs. (OxyContin has been referred to as "hillbilly heroin" or "the poor man's heroin.")

In addition to the above reasons, many people are concerned that increased abuse of the drug can be attributed to the manufacturer's aggressive promotion of the drug. Critics believe Purdue Pharma did not adequately warn doctors and patients about the highly addictive properties of the drug.

OxyContin is the trade name for the drug oxycodone hydrochloride. It is an opiate agonist, which means that it provides pain relief by acting upon the opioid receptors in the brain. Opioids are the most powerful pain relievers available. OxyContin is made by modifying an alkaloid found in opium. OxyContin is usually prescribed for pain relief associated with injuries, bursitis, dislocations, fractures, arthritis, and back pain.

OxyContin is a central nervous system depressor. It works by stimulating the opioid receptors that in turn cause feelings of pain relief and euphoria in the user. Using the drug repeatedly will lead to development of a tolerance/resistance to it.

OxyContin is taken orally, in tablet form. It is a controlled-release drug that works over the course of 12 hours. Side effects of OxyContin include drowsiness, constipation, blurred vision, and slowed mental ability. It is available in 10mg., 20mg., 40mg., 80mg., and 160mg. tablets.

WHAT KIND OF PAIN IS OXYCONTIN USED FOR?

OxyContin is used to relieve severe to moderate levels of pain. It is very effective in treating chronic pain. OxyContin is usually prescribed for pain relief associated with injuries, bursitis, dislocations, fractures, cancer, arthritis, migraines, and back pain.

HOW DO I KNOW IF I SHOULD USE OXYCONTIN?

Your doctor can determine if you should use OxyContin.

SHOULD I AVOID CERTAIN ACTIVITIES WHEN I TAKE OXYCONTIN?

You should not operate a car or heavy machinery while under the influence of OxyContin.

CAN I DRINK ALCOHOL WHILE I AM TAKING OXYCONTIN?

You should not drink any kind of alcoholic beverage while taking OxyContin. Fatalities have been reported as a result of alcohol and OxyContin use.

WILL DAILY USE OF OXYCONTIN MAKE ME AN ADDICT?

Daily use of OxyContin will result in physical dependence - withdrawal symptoms occur when the drug is suddenly removed. This is not the same as addiction, which results in a person taking a drug because of psychological dependence, rather than for treatment of a painful condition.

There have been approximately 100 deaths associated with OxyContin® abuse. As a result, the FDA has required that the manufacturer of the drug include a warning label on the drug's packaging.

LOCATE AN OXYCONTIN® LAWYER IN YOUR CITY

If you or a loved one has been harmed by OxyContin®, contact an OxyContin® attorney who can provide legal counsel and determine if you are eligible for compensation.