Power morcellators are surgical instruments that are frequently used in laparoscopic uterine fibroid removal and hysterectomy procedures. These devices offer an effective, minimally invasive alternative to traditional surgeries that can reduce post-operative discomfort and recovery time. However, power morcellators have also been found to spread cells during the procedure that can develop into malignant tumors, including a very aggressive type of uterine cancer called leiomyosarcoma. Many patients who underwent one of these surgeries and were subsequently diagnosed with a form of uterine cancer have filed claims in the power morcellator lawsuit. If you or a loved one may have fallen victim to this dangerous device, please contact one of our experienced defective medical products attorneys for a complimentary case evaluation. We can help you determine if you have a claim in the lawsuit and guide you through the legal process. 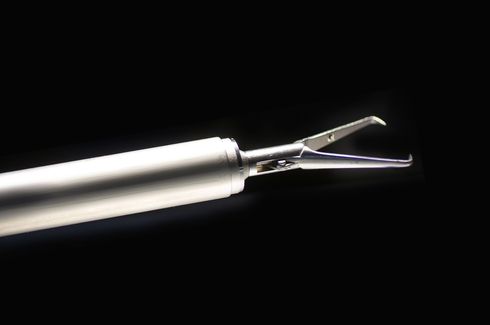 The use of power morcellators during surgery has been connected to an increased incidence of spreading cancer cells.

WHAT IS A POWER MORCELLATOR?

A power morcellator is a medical device that is used to remove large masses of tissue during minimally invasive laparoscopic surgery. The device itself consists of a hollow cylinder with an attached blade that is inserted into the abdomen through small incisions. The blade on the end of the device is used to break apart tissue into smaller pieces that can then be extracted through the cylinder using a grasping claw. This device has allowed patients to undergo complicated surgeries without the need for large incisions, with reduced pain, discomfort, bleeding, and recovery time.

There is a growing body of evidence that links the use of power morcellator devices to an increased risk of significantly upstaging undiagnosed uterine cancer. The term upstaging refers to an increase in the classification of the severity of the disease.

Cancer staging is based on knowledge of how the disease progresses. Cancer cells can divide and replicate uncontrollably, often forming a mass of tissue known as a tumor that invades nearby organs and tissues. Cells can break apart from a tumor and enter the bloodstream or the lymphatic system, allowing the cancer to spread from the primary site to other areas of the body.

The concern that women undergoing surgery with a power morcellator face is the spread of cancer cells.

There are many factors involved in cancer staging, including the site of the primary tumor, the size and reach of the tumor, how closely the cells resemble normal tissue cells, and the spread of the cancer cells from the primary site to the lymph nodes and other organs of the body. This spreading, called metastasis, is a strong indicator of the severity of the disease.

The concern that women undergoing surgery with a power morcellator face is the spread of cancer cells. If a woman has undiagnosed uterine cancer and undergoes a hysterectomy or fibroid removal surgery, the morcellator can leave behind tiny pieces of tissue. If these small pieces of tissue contain cancer cells, the procedure can actually spread and exacerbate the disease, which can significantly increase the patient’s risk of death.

The U.S. Food and Drug Administration (FDA) estimates that one in 350 women who undergo one of these procedures has some type of undiagnosed uterine cancer.

Leiomyosarcoma is a rare but aggressive form of uterine cancer. It typically develops in the endometrial lining or myometrium of a woman’s uterus. Leiomyosarcoma does not produce many symptoms in its earliest stages, so it is often not diagnosed until it has progressed.

Most cases of uterine cancer occur as endometrial cancer, or a tumor that grows in the lining of the uterus. Roughly 45,000 women in the U.S. are diagnosed with uterine cancer each year, and it causes 8,400 deaths annually.

Endometrial stromal sarcoma (ESS) is a rare type of tumor that occurs in less than 0.2% of all uterine cancers. ESS tumors grow slowly in the connective tissues of the uterus. This type of cancer does not typically produce symptoms early on, which makes detection and early treatment difficult.

A parasitic myoma is a uterine tumor that has become detached from the uterus and adhered to another membrane within the abdomen. Many scientific studies have linked the use of power morcellators to parasitic myomas.

There are many different types of power morcellators that have been used in hysterectomies and fibroid removal surgeries, including:

In April 2014, the FDA issued a safety warning against using power morcellators in hysterectomies and fibroid removal surgeries because of the increased risk of developing uterine cancer. Shortly after, in June 2014, Johnson & Johnson initiated a recall of their three Ethicon Gynecare morcellator products, which made up 75% of the market.

Following Johnson & Johnson’s withdrawal from the market, the FDA began requiring a “black box” warning against the use of power morcellators in November 2014. This type of warning is the strongest cautionary notification that the FDA can require without banning the product.

If you underwent surgery involving a power morcellator and developed uterine cancer, you are entitled to compensation. Please contact one of our defective products attorneys for a complimentary case evaluation.