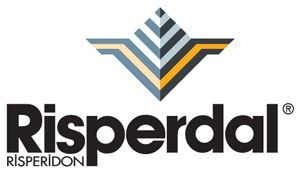 Risperdal® is an antipsychotic prescription medication used to lessen the symptoms of schizophrenia, as well as acute mania and bipolar disorder. The drug has been connected to unwanted side effects, specifically the development of breasts in boys and young men (gynecomastia). If you or a loved one used Risperdal and developed gynecomastia or other serious concerns, you may be eligible to file a Risperdal lawsuit. San Diego, CA, attorney Chris Olsen can review your case and advise you on your next steps.

What Is Risperdal Used For?

Risperdal (risperidone) is an antipsychotic drug used to treat schizophrenia, bipolar disorder, and symptoms of autism. It was approved by the U.S. Food and Drug Administration (FDA) for treating schizophrenia in 1994. The patent held by drug manufacturer Johnson & Johnson/Janssen Pharmaceuticals expired in 2003, at which point generic versions of the drug were made available on the market.

What Are Common Complications?

Johnson & Johnson claims that Risperdal is a safe and effective treatment for certain psychiatric conditions. However, numerous concerns have been raised regarding complications. The side effects most often associated with Risperdal use include:

Mounting research has linked Risperdal to breast growth in boys and young men. Gynecomastia is characterized by abnormal breast growth and symptoms include:

According to research presented at the American Association for Geriatric Psychiatry in March 2014, middle-aged and older men also have a 69 percent higher risk of experiencing abnormal breast growth. Other studies point to the link between the medication and elevated levels of prolactin, a hormone that stimulates breast growth.

In 2013, Johnson & Johnson settled an investigation into the promotion and marketing of Risperdal by paying a $2.2 billion fine, one of the largest in American pharmaceutical history.

Many Risperdal users are pursuing compensation from the drug maker over side effects like gynecomastia, heart attack, and diabetes. Additionally, there are Risperdal lawsuits that claim the drug manufacturer illegally promoted the antipsychotic medication as a treatment for dementia and childhood behavior disorders, conditions the drug was not approved for at the time. In 2013, Johnson & Johnson settled a Department of Justice investigation into the promotion and marketing of Risperdal by paying a $2.2 billion fine, one of the largest in American pharmaceutical history.

Since then, other Risperdal lawsuits have been settled at amounts that indicate some Risperdal gynecomastia victims may receive significant compensation:

Attorney Chris Olsen is dedicated to holding drug companies accountable for harm their medications have caused. If you have suffered adverse side effects after taking Risperdal, contact the firm online. You can also call the office at (619) 550-9352.