A HISTORY OF LIVER DAMAGE AND THE TYLENOL® LAWSUIT

Acetaminophen is one of the most commonly used pain medications in the world. It is available over-the-counter as Tylenol®, and also as an ingredient in many prescription pain relievers. While acetaminophen is an effective treatment for pain and fever reduction, it is also toxic to the liver and one of the most common causes of drug poisoning and acute liver failure in the United States. Acetaminophen has a high risk of overdose and accounts for more than 50,000 emergency room visits each year. As a result of these complications and inadequate warnings from the manufacturers and marketers of the affected products, many people who experienced adverse side effects have filed claims in the Tylenol® lawsuit. If you have taken a medication that contains acetaminophen and experienced any complications, you may be entitled to damages. Please contact an experienced defective products attorney who can evaluate your case and help explain the timeline of litigation. 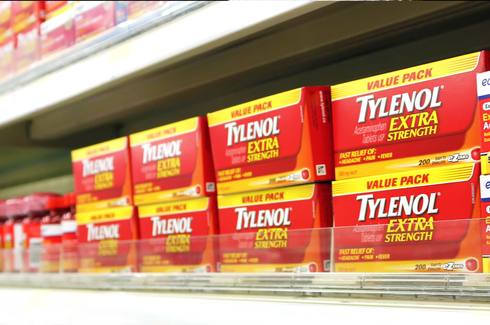 Tylenol's main ingredient, acetaminophen, has been linked to kidney problems, even when taking the recommended dosage.

Acetaminophen is an analgesic pain reliever that was developed and marketed as Tylenol® in 1955 by McNeil Laboratories, which is now a subsidiary of Johnson & Johnson. Acetaminophen can also be found as an ingredient in many combination prescription pain medications such as Tylenol® with codeine, Vicodin, and Percocet, as well as many over-the-counter cold remedies such as NyQuil® and Robitussin®.

Tylenol® has become one of the most popular over-the-counter treatments for aches, pains, and fever reduction. However, it has also been connected to serious safety concerns from bacterial contamination to package tampering. Acetaminophen can be toxic to the liver and carries a high risk of overdose. Acetaminophen accounts for more calls to U.S. poison control centers than any other drug, and is responsible for over 450 deaths annually. Additionally, over 40 percent of all acute liver failure cases in this country each year can be attributed to acetaminophen.

Many claims filed in the Tylenol® lawsuit allege that the manufacturers failed to provide the consumer with adequate warnings of the increased risk of dangerous side effects.

Many claims filed in the Tylenol® lawsuit allege that the manufacturers failed to provide the consumer with adequate warnings of the increased risk of dangerous side effects, including potentially fatal liver damage. These claims further allege that Johnson & Johnson was aware of the increased potential for complications, yet took no action to protect consumers of their products.

The individual lawsuits have been collected into a multidistrict litigation (MDL). An MDL is similar to a class action lawsuit, except that the results obtained by one party are not legally binding to the other plaintiffs. Multidistrict litigation is commonly used to establish settlement classes in complaints involving defective products.

Acetaminophen was discovered to have analgesic and antipyretic properties in the late nineteenth century. However, it was not prescribed or studied further until 1949 when McNeil Laboratories had defined a new product objective for an analgesic that would be different from aspirin. After learning of acetaminophen at a scientific symposium in New York, McNeil began its own extensive research into its safety and efficacy.

THE INTRODUCTION OF TYLENOL®

Tylenol® was introduced to the market in 1955 as a safe and effective treatment for pain and fever reduction in children, and it was available by prescription only. Tylenol® was an enormous success, thanks in large part to McNeil’s unique marketing strategy. The company employed a large pharmaceutical sales force that went directly to healthcare professionals and informed them of the dangerous side effects of aspirin, such as stomach irritation, gastrointestinal bleeding, and impairment of blood clotting. Following the success of their first single-ingredient acetaminophen pain reliever, McNeill Laboratories started developing additional Tylenol® products before being acquired by Johnson & Johnson in 1959.

After launching several variations of the popular children’s medication, Johnson & Johnson developed a product for adults in 1961. The first regular-strength adult Tylenol® product was a tablet that contained 325 milligrams of acetaminophen, meaning that adults who took two tablets would be ingesting 650 milligrams per dose.

According to testimony from a 1977 U.S. Food and Drug Administration (FDA) Advisory Committee hearing on the safety and efficacy of Tylenol®, the first reported cases of fatal acetaminophen overdoses occurred in 1966. This committee recommended that all Tylenol® packaging carry a warning about maximum daily dosages and the risk of liver damage associated with acetaminophen. However, the manufacturer did not add a warning label about the risk until 1994, following a lawsuit filed by a patient who required a liver transplant after mixing Tylenol® with alcohol.

In 2009, the FDA issued guidelines to add overdose warnings to all packages containing acetaminophen. This regulation contains specific language that severe liver damage may occur if the user exceeds the maximum daily dosage of 4,000 milligrams, takes it with another medication that contains acetaminophen, or has three or more alcoholic drinks while taking the medication.

The FDA recommended that Tylenol® packaging carry a warning label about the increased risk of liver failure associated with acetaminophen.

Beginning in 2013, Johnson & Johnson added a red warning on the cap of all bottles of Tylenol® sold in the U.S. This new warning says “CONTAINS ACETAMINOPHEN” and “ALWAYS READ THE LABEL,” and is intended to protect consumers from the dangers associated with the drug. Our legal team is constantly updating the current status of litigation.

If you have experienced liver problems while taking Tylenol® or another product containing acetaminophen, please contact an experienced dangerous drugs attorney for a complimentary case evaluation. Each state has its own specific guidelines that determine the length of time a consumer has to file a claim before the manufacturer is released from liability. Our attorneys can help you determine the most appropriate steps to take and ensure that your legal rights are protected.