AN INCREASED RISK OF MELANOMA AND THE VIAGRA® LAWSUIT

Viagra® has been prescribed to over 45 million men, making it one of Pfizer’s best-selling products. While many people think of Viagra® as a safe remedy for erectile dysfunction, the drug has not been without controversy since being approved for public use by the U.S. Food and Drug Administration (FDA) in 1998. The drug has faced legal trouble for allegedly causing a sudden drop in blood pressure that may lead to heart attacks or strokes. In 2005, Viagra® was linked to a condition called non-arteritic ischemic optic neuropathy (NAION), which can cause numerous vision problems, including blindness. Recent research has now shown an increased incidence of patients developing melanoma after taking the medication, leading many to file claims against the manufacturer in the Viagra® lawsuit. If you have been diagnosed with melanoma after taking Viagra®, please contact an attorney for a complimentary case evaluation. An experienced defective drugs attorney can analyze the details of your claim and advise you on the current status of litigation. 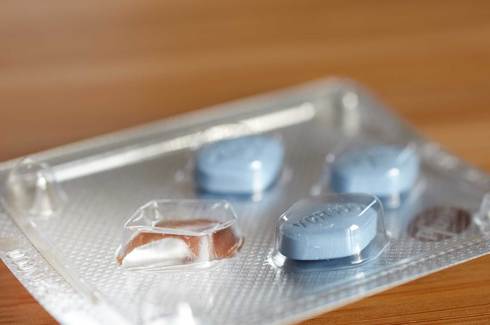 Viagra® has been connected with an increased incidence of melanoma.

Viagra® is the brand name for the active ingredient sildenafil, which was first developed as a medication to treat angina. However, early clinical trials proved that the drug was not an effective treatment for the heart condition and that it had a compelling side effect: men who had taken the medication were experiencing an increased number of erections.

Several studies performed recently have found a link between Viagra® and an increased risk of developing melanoma.

Following the results of their initial clinical trials, Pfizer submitted Viagra® to the FDA again, this time as a therapy to treat erectile dysfunction (ED). This condition affects nearly 40 percent of men by the age of 40, and over 70 percent by the age of 70. After successful clinical studies for this new treatment focus, Viagra® became the first oral medication approved to treat ED.

Viagra® works by blocking certain enzymes that occur in the body, which causes blood vessels to dilate and increases blood flow to the penis. When combined with sexual stimulation, the increased blood flow and dilated vessels in the area help to produce and maintain an erection.

COMPLICATIONS AND SIDE EFFECTS OF VIAGRA®

Like many prescription and over-the-counter medications, patients may experience side effects and complications while they are taking the drug.

Several studies performed recently have found a link between Viagra® and an increased risk of developing melanoma, the deadliest form of skin cancer. Melanoma typically develops in melanocytes, cells within the skin that synthesize melanin, the pigment that gives skin its color. When melanoma is identified and treated early, roughly 99 percent of cases can be cured. However, if the condition is left untreated, the primary tumor can metastasize and spread to other areas of the body. Once the cancer has been allowed to spread, treatment becomes very difficult and the patient survival rate plummets.

In an effort to better understand the connection between Viagra® and melanoma, a team of researchers launched a large-scale study which analyzed data collected from almost 26,000 men over a ten-year period. This study controlled for other melanoma risk factors, including prior medical history, moles, hair color, skin tone, and history of sun exposure. Their findings show a correlative result of an 84 percent increase in melanoma risk for patients who had recently taken Viagra®.

It is important to note that this study does not prove causation between Viagra® and melanoma. The research team has stated that more work needs to be done in order to investigate the connection between the drug and the increased risk of developing the disease.

Shortly after Viagra® became available to the public, the first legal claims that emerged involved sudden drops in blood pressure that could lead to heart attack or stroke. This complication can be exacerbated if the patient is also taking a nitrate medication, commonly prescribed for heart conditions. In late 1998, the FDA recommended expanding the warning labels on Viagra® packaging to include information about the increased risk for patients with heart problems or blood pressure conditions.

In 2005, a consumer rights advocacy group requested that the FDA require a “black box” warning on Viagra® packaging to inform patients of the increased risk of blindness and other vision problems associated with the medication. NAION is a condition where blood flow to the optic nerve is restricted or blocked, resulting in vision loss. It has been hypothesized by leading researchers that the same mechanism in Viagra® that causes sudden drops in blood pressure may be responsible for causing ischemia to the optic nerve.

In 2007, the FDA recommended another change to Viagra® packaging to warn patients of the risk of sudden hearing loss. The exact cause of these occurrences was not specified by the FDA, but many auditory experts have hypothesized that an increase in the amount of blood flow to the sensitive hearing mechanism can actually cause damage.

Pfizer has been facing various Viagra® lawsuits for almost as long as the product has been available to the public. Patients who took the medication and experienced cardiac events, strokes, problems with their vision, or hearing loss have already collected millions after bringing litigation against the manufacturer. Pharmaceutical companies have a responsibility to develop safe and effective products that are rigorously tested for complications and side effects before they are marketed to the public. When a company fails to meet this obligation, they must be held liable for injuries that were caused by their medications.

If you have been injured by a defective drug,

Speak with an Attorney

The current litigation surrounding Viagra® is related to the increased incidence of melanoma. Many patients have already come forward after being diagnosed, and our investigations are still in their earliest stages. On December 11, 2015, a motion was filed to consolidate claims into multidistrict litigation (MDL). This type of case is similar to a class action lawsuit in that it combines claims brought by different plaintiffs for the purposes of evidence and discovery, but the results obtained are not legally binding for everyone involved. Typically, claims will be brought before a judge, giving the companies involved an opportunity to assess their financial risk and determine settlement amounts that they can offer to plaintiffs. Unlike class action lawsuits, each case is still treated individually and each plaintiff and their attorneys can decide how to proceed.

If you have been diagnosed with melanoma after being prescribed Viagra®, please contact an experienced defective products attorney who can analyze the details of your case and help you understand the timeline of litigation.