An Abilify Lawsuit Can Help You Heal 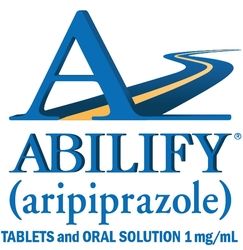 Abilify® is an antipsychotic medication that has been connected with inducing compulsive behaviors. Former Abilify patients are now filing lawsuits against the drug maker, alleging that it caused them to engage in unhealthy behaviors like pathological gambling, binge eating, and hypersexuality. If you or a loved one have had similar experiences after taking Abilify, reach out to dangerous medication attorney Chris Olsen in San Diego, CA. During a consultation, he can determine if you have grounds to file an Abilify lawsuit.

A Background on Abilify

First approved by the U.S. Food and Drug Administration (FDA) in 2002, Abilify has become one of the most widely prescribed medications in the world. Its makers, Otsuka Pharmaceutical Company and Bristol-Myers Squibb, brought in roughly $6.8 billion from Abilify sales from April 2013 to March 2014 alone.

Abilify (aripiprazole) is an antipsychotic medication commonly prescribed to treat bipolar disorder, Tourette syndrome, depression, and schizophrenia. Abilify is a second-generation antipsychotic drug that works on both dopamine and serotonin. This differs from older antipsychotic drugs, like Haldol and Thorazine, which target only dopamine receptors and are associated with a higher risk of unwanted neurologic side effects.

Serious and debilitating side effects of Abilify include a range of compulsive disorders, including:

These behaviors can have ruinous consequences, wrecking victims' finances and relationships - in short, causing extensive suffering.

What Do Abilify Lawsuits Allege?

There are hundreds of pending Abilify lawsuits against Otsuka Pharmaceutical Company and Bristol-Myers Squibb, charging the companies for being negligent and creating a drug that was defectively designed and manufactured. Victims claim the companies knew, or should have known, that when Abilify is taken as intended, it causes and contributes to life-changing compulsive behaviors such as uncontrollable gambling. The companies are further accused of having spent millions on misleading advertising that minimized Abilify risks, while at the same time overstating its benefits. It is alleged that the manufacturers also illegally promoted Abilify for uses not approved by the FDA.

Victims may be able to receive compensation for economic losses, injury, emotional distress, and loss of consortium.

In December 2016, Bristol-Myers Squibb settled an investigation into the unlawful marketing of Abilify and the companies downplaying of the drug’s many risks with a fine of $19.5 million. While this settlement is not an admission of guilt, it can be viewed as a bellwether of Abilify lawsuits settlements in the future.

How Can a Lawsuit Help?

Settling or winning a lawsuit can provide compensation to victims of Abilify-related losses, including:

If you have endured suffering or losses as a result of taking Abilify, we encourage you to schedule a consultation with attorney Chris Olsen. You can contact us online or call the firm at (619) 550-9352.