Patients diagnosed with Type 2 diabetes are sometimes administered a new generation of prescription medications known as sodium glucose cotransporter 2 (SGLT2) inhibitors, which includes Invokana, Farxiga, Invokamet, Jardiance, Xigduo XR, and Glyxambi. What many diabetic individuals don’t know, however, is that SGLT2 inhibitors have been linked to an increased risk of potentially deadly side effects, including diabetic ketoacidosis (DKA), heart attack, cardiovascular problems and kidney failure. If you took Invokana or other SGLT2 inhibitor type 2 diabetes drugs in the past, and you have since suffered a major side effect like ketoacidosis, contact a reputable drug injury attorney today to discuss the possibility of filing a claim against the drug manufacturing company.

The very first SGLT2 inhibitor to garner approval by the U.S. Food and Drug Administration (FDA) was Invokana in 2013, and a number of similar medications have entered the market for consumer use in the years since. Some of the most popular brand-name SGLT2 inhibitor medications include:

SIDE EFFECTS LINKED TO SGLT2 INHIBITORS

SGLT2 inhibitor drugs are designed to be used in combination with diet and exercise to improve glycemic control in adults with Type 2 diabetes, which, over time, can increase the risk for serious complications like blindness, heart disease, and nerve and kidney damage. However, research has shown that the very drugs that are intended to protect diabetes patients from suffering these serious complications may expose users to side effects that are equally as devastating, including diabetic ketoacidosis, kidney failure, heart attack and death. On May 15, 2015, the FDA issued a drug safety communication warning consumers and the medical community that SGLT2 inhibitors may put patients at risk for dangerously high levels of toxic acids in the bloodstream called ketones, which can lead to ketoacidosis if left untreated.

All of the patients involved in the reports required emergency room visits or hospitalization to treat the condition.

Ketoacidosis is a severe medical condition characterized by symptoms like nausea, vomiting, breathing problems, confusion, abdominal pain, and unusual fatigue or sleepiness. This recent SGLT2 inhibitor warning was issued after a search of the FDA’s Adverse Event Reporting System turned up 20 cases of acidosis identified as diabetic ketoacidosis, ketoacidosis, or acidosis in diabetes patients treated with SGLT2 inhibitors from March 2013 to June 6, 2014. All of the patients involved in the reports required emergency room visits or hospitalization to treat the condition. In the drug safety communication, the FDA indicated that, since June 2014, the agency has continued to receive adverse event reports for DKA and ketoacidosis in patients treated with Invokana and other SGLT2 inhibitors.

Type 2 diabetes is the most common form of the chronic disease, impacting roughly 24 million people and accounting for more than 90% of diabetes cases diagnosed in the United States. Unfortunately, an examination of adverse event reports submitted to the FDA suggests that new-generation diabetes drugs like Invokana and Invokamet may put Type 2 diabetes patients at risk for diabetic ketoacidosis and other potentially life-threatening side effects. If you have been diagnosed with DKA, kidney failure or a heart attack, and you believe an SGLT2 inhibitor to be the cause, consult a knowledgeable product liability lawyer today for legal help. With a qualified attorney on your side, you can protect your legal rights and seek fair and timely reimbursement for your losses. 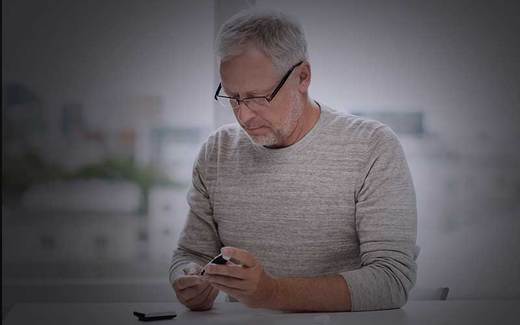 Although doctors are permitted to prescribe pharmaceutical drugs for off-label purposes when they deem the treatment safe and effective, drug companies are prohibited from promoting their medications for any uses that have not been approved by federal regulators.

The growing number of reports involving side effects allegedly linked to Invokana and other SGLT2 inhibitor diabetes drugs have renewed concerns about the aggressive direct-to-consumer advertisements used by the makers of the controversial medications when they were first approved by the FDA. If you believe you have been adversely affected by side effects of Invokana, Farxiga, or another SGLT2 inhibitor drug, consult a reputable product liability lawyer to discuss your options for legal recourse. You may have grounds to file an Invokana lawsuit against Johnson & Johnson and its Janssen Pharmaceuticals subsidiary, in order to pursue financial compensation for your injuries, medical expenses, and emotional trauma.

SIDE EFFECTS OF INVOKANA, OTHER SGLT2 INHIBITOR DRUGS

The very first SGLT2 inhibitor approved for consumer use in the United States was Invokana (canagliflozin) in March 2013, and Invokana was followed by Farxiga (dapagliflozin) in January 2014, Invokamet (canagliflozin/metformin) and Jardiance (empagliflozin) in August 2014, Xigduo XR (dapagliflozin/metformin) in October 2014, and Glyxambi (empagliflozin/linagliptin) in February 2015. During the short time the new-generation medications have been on the market, they have become some of the best-selling treatments for Type 2 diabetes, due in large part to direct-to-consumer advertisements the makers of the drugs have used to target diabetes patients.

In a letter submitted to the FDA on March 31, the consumer advocacy group Public Citizen urged the agency to take action against direct-to-consumer advertisements for SGLT2 inhibitor drugs, which the organization argued made deceptive and illegal claims about the safety and efficacy of the medications, including claims that the diabetes drugs could be used as weight-loss products, even though they haven’t been approved for that purpose. Although doctors are permitted to prescribe pharmaceutical drugs for off-label purposes when they deem the treatment safe and effective, drug companies are prohibited from promoting their medications for any uses that have not been approved by federal regulators.

KETOACIDOSIS SIDE EFFECTS FROM DIABETES DRUGS

Concerns about the potential for SGLT2 inhibitor drugs like Invokana to cause severe side effects in patients have taken on a new sense of urgency this year, following a safety announcement issued by the FDA in May 2015, in which the agency warned about the potential for the Type 2 diabetes drugs to cause diabetic ketoacidosis side effects in users. According to the FDA, during the first 15 months, Invokana was on the market in the United States, the agency received more than 20 reports of adverse events in diabetes patients using SGLT2 inhibitors, including instances of diabetic ketoacidosis, acidosis or ketosis requiring emergency room treatment or hospitalization.

In addition to a potential risk of diabetic ketoacidosis, SGLT2 inhibitors like Invokana and Farxiga have been tied to an increased risk of kidney failure, and in a recent report issued by the Institute for Safe Medication Practices (ISMP), the agency identified several red flags regarding SGLT2 inhibitors drugs and kidney toxicity complications. As Type 2 diabetes patients across the country become aware of the serious side effects allegedly associated with Invokana and other SGLT2 inhibitor drugs, product liability lawyers are reviewing potential Invokana, Farxiga and Jardiance lawsuits involving diabetic ketoacidosis and kidney failure injuries.

“By inflating the [SGLT2 inhibitor] drugs’ perceived benefits, the [direct-to-consumer] advertisements dangerously skew the risk-benefit calculations made by physicians and patients in deciding whether to initiate or continue these therapies,” the Public Citizen letter states. “This is especially likely to occur with a weight-loss claim targeted at overweight and obese Type 2 diabetics struggling with both their disease and weight.” If you used Invokana or another Type 2 diabetes drug in the past, and you have since been diagnosed with diabetic ketoacidosis or kidney failure side effects, contact a knowledgeable Invokana attorney today to explore your possible compensation options.