HEART FAILURE AND THE ONGLYZA® LAWSUIT

Onglyza® is the brand name for a type 2 diabetes medication that regulates the levels of insulin that a patient’s body produces. Onglyza® and other similar drugs with the same active ingredient, saxagliptin, such as Kombiglyze™ XR, are popular medications because they can effectively help control blood sugar without encouraging weight gain as other diabetes medications often can. However, an increased risk of complications that the manufacturers and marketers of the drugs failed to disclose to patients and physicians has led many to file claims in the Onglyza® lawsuit. If you have taken any of these medications and experienced adverse side effects or complications, please contact an experienced pharmaceutical attorney for a complimentary case evaluation. 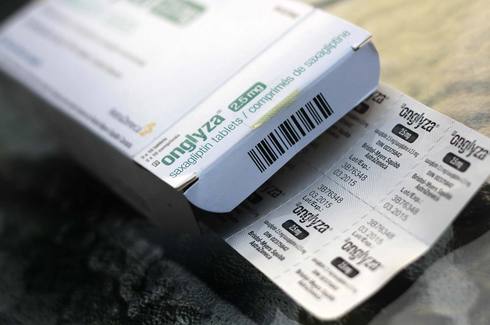 Onglyza® has been the subject of many lawsuits after patients experienced troubling complications.

ONGLYZA® AND OTHER DPP-4 INHIBITORS

Onglyza® belongs to a specific class of diabetes drugs called dipeptidyl peptidase-4 (DPP-4) inhibitors. This type of medication works by encouraging the pancreas to secrete more insulin and by inhibiting the liver from producing an excessive amount of sugar as a byproduct of metabolism.

The active ingredients in these drugs are DPP-4 inhibitors. DPP-4 is a naturally occurring enzyme that breaks down the incretin hormone glucagon-like peptide-1 (GLP-1). GLP-1 is released into the bloodstream after eating, signaling the pancreas to produce insulin to maintain blood glucose levels.

Had healthcare practitioners and diabetic patients been appropriately informed of the inherent dangers associated with DPP-4 inhibitors, they may have chosen another medication.

In diabetic patients, the secretion of GLP-1 is restricted, and the pancreas produces less insulin, which can allow blood glucose levels to rise dramatically. By inhibiting the DPP-4 from breaking down the GLP-1, it will remain in the body for a longer period of time, which allows for more insulin production.

The pancreas also produces a peptide hormone called glucagon that signals the liver to convert more glucose from glycogen. Once the liver releases more glucose, the patient’s blood sugar will spike. These types of medications also reduce the amount of glucagon secreted by the pancreas, which prevents the liver from producing excessive amounts of glucose.

Kombiglyze™ XR has the same active ingredient as Onglyza®, saxagliptin, and also contains metformin hydrochloride, which improves glucose tolerance in diabetic patients. In addition to having similar mechanism effects to Onglyza®, Kombiglyze™ XR also works by decreasing the amount of sugar that is absorbed along the digestive tract and by making the body more sensitive to insulin.

Many patients have come forward to file claims after experiencing complications from Onglyza® and other similar drugs. These claims allege that the manufacturers of these medications failed to inform both doctors and patients alike of the increased risk of these complications. Had healthcare practitioners and diabetic patients been appropriately informed of the inherent dangers associated with DPP-4 inhibitors, they may have chosen another medication. Several diabetes medications, such as Actos®, Avandia, and Invokana®, have been associated with adverse health events and subsequent lawsuits. Recently, many claims in the Onglyza® lawsuit have been consolidated into multidistrict litigation (MDL).

COMPLICATIONS AND SIDE EFFECTS FROM ONGLYZA®

DPP-4 inhibitors have been linked to a number of adverse side effects and complications.

Heart failure occurs when the heart is weakened and no longer pumps blood as effectively as it should. This condition can prevent the different organ systems of the body from receiving the oxygen and nutrients that they need. Heart failure is typically the result of adverse health conditions, such as coronary artery disease or high blood pressure, that can gradually leave your heart muscles weakened. Researchers have found that patients who have been prescribed Onglyza® or similar DPP-4 inhibitor medications are at an increased risk of heart failure.

In patients with type 2 diabetes, the beta cells of the pancreas will often shrink and die, reducing their ability to produce insulin. One of the claims about DPP-4 inhibitor medications is that they increase the size and quantity of beta cells. However, a 2013 study found that DPP-4 inhibitors were possibly contributing to the formation of abnormal beta cells in the pancreas. Researchers also found the presence of small, benign growths that can become malignant forms of pancreatic cancer. A key finding of this research is that these changes were only observed in patients who took DPP-4 inhibitors or GLP-1 drugs, and not in diabetic patients who were prescribed other medications.

While minor occurrences of acute pancreatitis can commonly resolve themselves without treatment, repeated episodes can lead to chronic pancreatitis and loss of function. Among the many other possible complications, chronic inflammation is one of the leading risk factors for developing pancreatic cancer.

A U.S. Food and Drug Administration (FDA) advisory committee has raised concerns over complications suffered by patients who have been prescribed Onglyza® or other DPP-4 inhibitors. The Endocrinologic and Metabolic Drugs Advisory Committee met in April 2015 to discuss the results of the cardiovascular outcomes trial (CVOT) that specifically tested the drugs Onglyza® and Kombiglyze™ XR. After considering the findings of the trial, 14 out of 15 panel members voted to update the labels on the medications to warn patients and physicians of the increased risk for heart failure. One panelist even voted to have drugs that contain saxagliptin withdrawn from the U.S. market altogether.

Among the many other possible complications, chronic inflammation is one of the leading risk factors for developing pancreatic cancer.

As of 2008, new FDA guidelines required that manufacturers who developed new type 2 diabetes medications demonstrate that these drugs are not linked to a significant increase in cardiac events. Onglyza® was one of the first medications to complete a study that met these new recommendations, which outline that a new drug should not increase a patient’s cardiac risk by more than 30 percent. However, the findings of this study show that 1,222 of 16,492 patients reported a major adverse cardiac event. The FDA panelists noted that patients taking this class of diabetes medication had a 27 percent increase in the rate of hospitalization for heart failure, and an increased risk of death overall, regardless of the cause.

If you have been prescribed Onglyza® or Kombiglyze™ XR and experienced any adverse complications, please contact an experienced pharmaceutical attorney for a free case evaluation. You may be entitled to damages for medical expenses, lost income, and punitive damages.